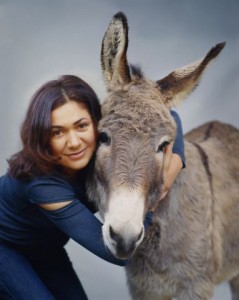 Solomon and Bartholomew are known as “Jerusalem Donkeys” because they have a dark cross on their back. Solomon came from an abusive situation and had been beaten and whipped, and when rescued was placed with Bartholomew. However their new owner neglected them, and they needed a safe haven to live the rest of their lives. […] 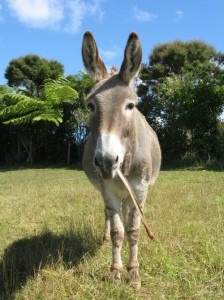 Bartholomew was found abandoned with his mother, Bethlehem, in a remote paddock. When the grass ran out, the two donkeys slowly starved, and were found near death. Both mother and son came to the sanctuary, where they lived happily until Bethlehem developed Cushings Disease and passed away. We are glad that she spent her last […] 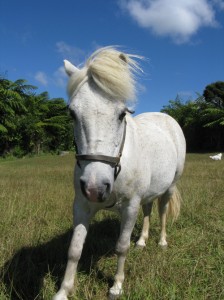 After years of mistreatment, Romeo the miniature horse came to us unwilling to shelter indoors even in the worst weather. While tied up, unable to run away, Romeo had been abused by his previous owners and was naturally afraid of people, and especially the stables. Now Romeo gets to wander freely around the sanctuary, and […]